CLICK PLAY:
Sanford Rudnick was born Shalom Rudnik on September 1928, in Olshany, Lithuania. He was the fourth and youngest child born to Hershel and Rachel Rudnik. His two older siblings, Irving and Rhoda, came to the United States before the war to reside with their aunt and uncle in Albany. Sanford remained in Olshany with his parents and older brother Abe.

His father was a well respected man in their small town. He was educated and taught Hebrew to his children and his neighbor’s children. The family owned a restaurant and bar that served the residents of the town. His mother kept house and also assisted in the restaurant. The family was religious. Sanford attended a yeshiva school in the next town for a short time.

Before they attacked Poland in September 1, 1939, the Nazis had signed a non-aggression pact with Russia. By 1940, Poland was split in half with the Russians occupying eastern Poland, including their town. By that time Sanford’s father, having experienced medical problems, had died. In June 1941, the Nazis broke their treaty with Russia and invaded Poland, quickly fencing in the Jewish population into a ghetto. Later they liquidated the ghetto and Sanford, together with his mother and brother Abe, were transferred first to the Zesmany Ghetto and later to the Kovno Ghetto. Abe later volunteered for a work detail in the Goshatary Concentration Camp from which, in 1943, he escaped and joined a group of partisans in the forest. Sanford’s mother eventually died in a concentration camp outside Kovno.

After liberation, Sanford, whom they had assumed was dead, surprised everyone when he walked back into Olshany. He later told his brother Abe that at one point he had climbed out of a mass grave, location unknown. Once reunited, Sanford and Abe decided to leave Olshany. They traveled to Poland and were in DP Camps in Italy and Germany. At this time, their older brother Irving, had joined the US Army. While stationed in Italy, he tried to find his brothers, but Sanford and Abe had already left for Germany where they lived first in the Feldafing DP Camp and finally in the IRO Children’s Village. which was established in Bad Aibling, outside Prien, Germany for orphaned children and young adults awaiting emigration to the United States or Canada. Sanford and Abe sailed to America in 1949 and resided with their Uncle Albert in Albany.

Sanford entered the US Army between 1949-50. He was discharged in 1951 and moved to Rochester to join his family as Rhoda and Irving also had moved from Albany to Rochester. Sanford lived with his brother Abe and sister- in-law Hilda, her brother David Singer and niece Rita until 1959 when he married Sylvia Scott, a British woman he had met through family in Toronto. They had two sons, David and Robert. Sanford and Sylvia moved to Florida in the early 1970’s. Sanford passed away in the 1990’s. 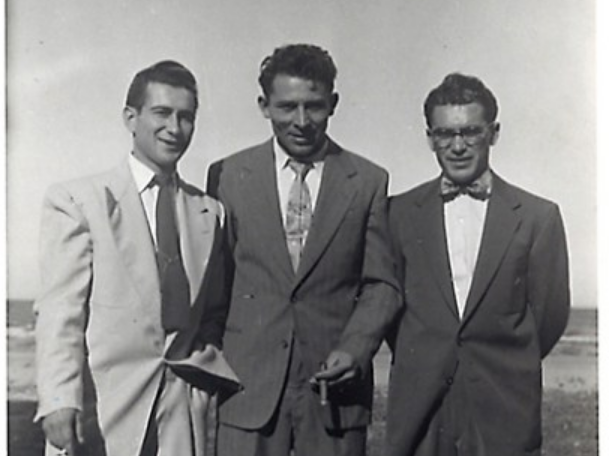 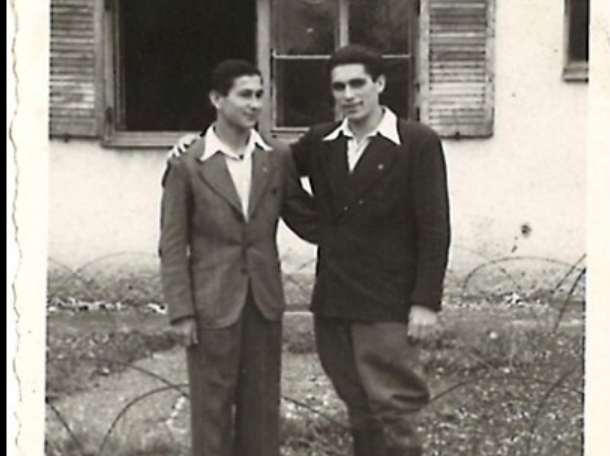 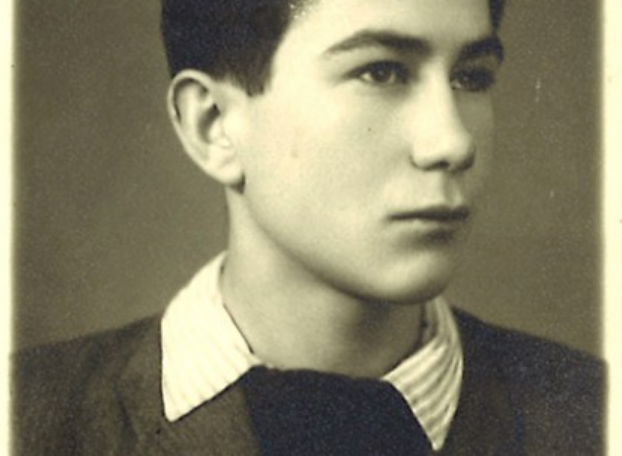